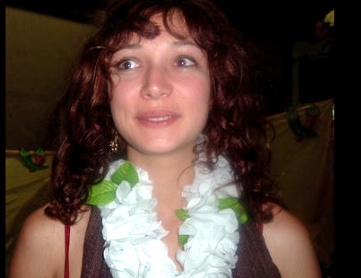 As of her disappearance in 2008, the family of Marilyn Bergeron continues to search for her across Quebec, Canada, the United States and even other countries. Hundreds of organizations, agencies of law enforcement, journalists, and potential witnesses have been met over the last four years. Here are some highlights of this intensive search to locate Marilyn.

February 14th – Press conference to unveil the actions undertaken to mark the fifth anniversary of Marilyn’s dissapearance and to help with the search. All details in the Event page.

Conference of Andrée Béchard, mother of Marilyn, for students in criminology at the University of Montréal (Invitation by AFPAD).

The family contacts all Canadian Chief Coroners to verify if Marilyn’s body was found. (It wasn’t.)

The event ”Think of Marilyn,” to mark the third anniversary of her disappearance, takes place in Québec City. More than 175 people attended.

Conference of Andrée Béchard and Michel Bergeron, parents of Marilyn, for members and families of the Multiple Sclerosis Society of Canada (Granby division).

The family continues to search for Marilyn in Hawkesbury (and elsewhere). More than 30 witnesses reported seeing Marilyn in the Hawkesbury area in Ontario.

Meeting with over 12 law enforcement agencies in Ontario to bring awareness about Marilyn’s case.

Official Submission to the National Assembly of the petition ”For the Right to Find a Loved One” with 5,182 signatories.

The events ”Two hours of heart work. (A sad anniversary)” and “366 Days Too Many, A Tribute to Marilyn” take place across Canada and in the world.

Marilyn’s family adds a confidential phone number to the website for people who may not want to speak with the police. This toll-free number works anywhere in North America: 1-800-840-1526.

The Bergeron family obtains the support of AFPAD in their discussions with the Québec City Police Department.

The event “The 24-Hour Blitz” takes place in several cities in the province of Québec.

Disappearance of Marilyn Bergeron on February 17, 2008.